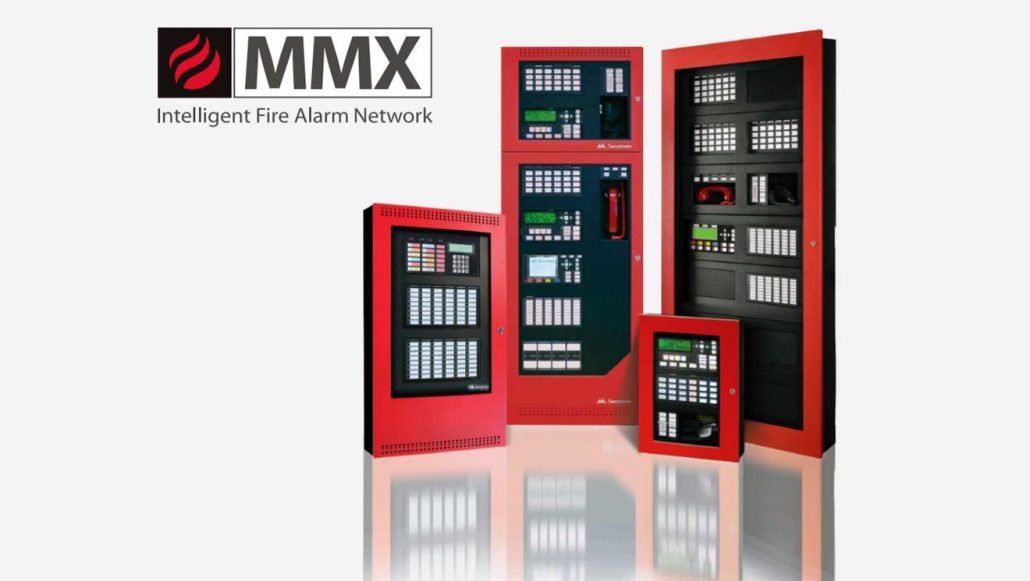 The Secutron MMX Series is a powerful system capable of providing network control, multi-channel voice evacuation, and two-way firefighter communications over a single pair of wires or fiber-optic cable. Each base unit consists of one intelligent signaling line circuit (SLC) capable of supporting 159 analog sensors and 159 addressable modules. In addition, the base unit also consists of 4 Style Z/Y (Class A/B) Notification Appliance Circuits rated at 1.7 Amps each and a large back-lit alphanumeric LCD display. The audio control provides a multi-channel distributed audio system that allows for efficient emergency paging, evacuation signaling, and firefighters’ telephone communication. Each audio card cage supports a maximum of 4 QAA style amplifiers for a maximum of 180 watts per cabinet.

Secutron MMX Series provides a new level of expansion and flexibility by providing support for BACnet, Boolean logic, and real-time 3D graphic monitoring and control. In addition, the system supports three configuration files which allow for the system to be easily configured without taking the control units offline.

The modular design allows for site-specific customization and the ability to meet local and national requirements. If you want to get a free consultation without any obligations, fill in the form below and we'll get in touch with you.
+ 1 (305) 677-2022
info@armoelectronics.com